These are my final concept arts that would relate to my board game if it were to turn into a Mobile phone app. I have basically done these in Photoshop, I illustrated the characters on their respective element and making them look like they are ready for an Invasion. 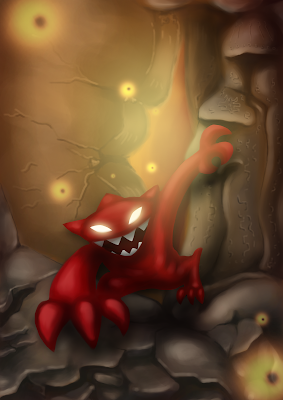 I have decided to use dark colours and shades of red and brown for this piece to show that the colour of the demon coming out from hell is projecting light to the soil. I have coloured inside the huge crack to make it look like a scorching hell, this helps support the back light for my character which makes it pleasant to see and used darker shadows on the foreground to give off a bit of depth. this gives off the feel of evil from my character. 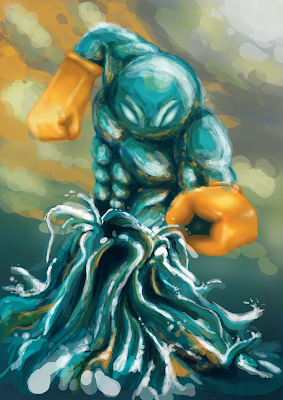 This piece took long to make, I have kept the mark making inspired from Jim Dine's work which shows the depth of my drawing. this helped it look more like a water element which I am proud off. I have used different shades of blue to show the light side of the water which reflects the sky and darker to show the shadow and to show the evil side of my art. At first you wouldnt tell that this is a friendly demon, it looks like its about to kill you and going after you.

I have not only focused on 2D art, I have decided to model 1 of my characters in Mudbox so I have a general idea how my character would look like in 3D. This idea / design can be used for my future Mobile phone app but this would be more on the animation side of the idea. 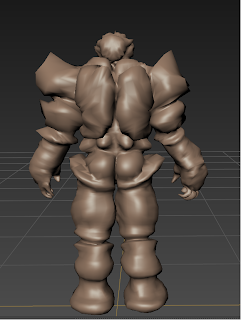 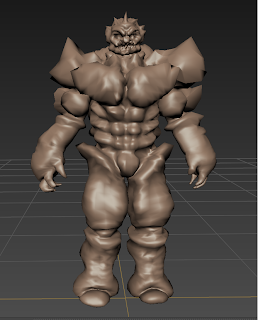 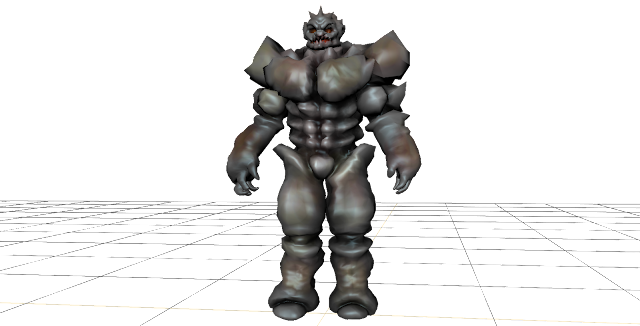 FINAL CHARACTER DESIGN FOR THE BOARD GAME

This is my final character designs which are all finalised in photoshop, I have matched my style to David Foldvari's and Jeremy Ville's work I have kept it simple, pleasant to the eyes with pen and marker feel to it. In my opinion this style has made my characters look menacing because of the black colour and especially the mark making which was taken from Jim Dine, this made my characters looks some how unique in its own style.

I have also listed down their Demon stats which shows their life points, attack points and effects on the game. this will be later used in the final design... I have decided not to create a separate card for the monsters because most people will just loose them. So I have thought of an idea having all their info's in the board game itself so it is easy for the audience to look at without having to shuffle things around. 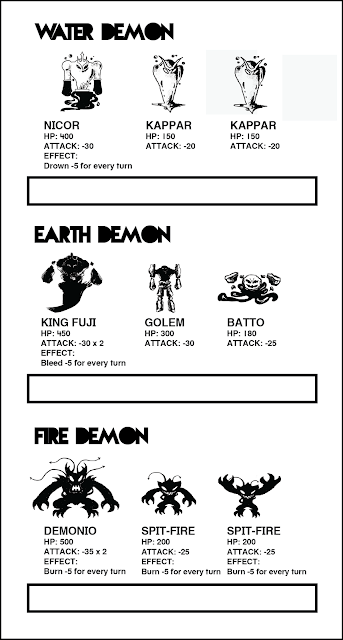