I have chosen to work on the Italian month brief just to warm up my animation skills, I wanted to quickly finish this animation so I would have more time animating the other briefs and start of the other modules.

This is My finished animation of Italian Month, I have found this animation quite a challenge because I have found difficulties animating the noodles which will be explained later, I took quite a long time just thinking of the right idea for me because my other ideas were very common, most people have the same ideas as I have, Finally I sticked  to this and I am quite happy about the result. I have kept my animation eye catching, not so much detail but keeps the eye moving which gives an appeal to the viewers.


This is a tomato I drew, it took ages for me to draw. I tested comparing this with a real photograph and animate it and doesnt make any much difference, so I have used photos for the rest which will save me some time. I was finding a way to use a repeater on an image like this, but turns out that it only work on text. So I had to go to photoshop and make a circle using the images. 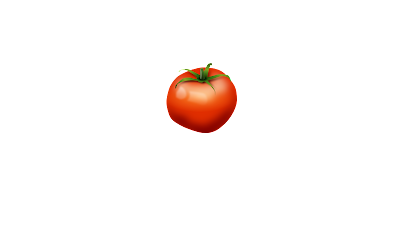 This is one of the difficult stages I've encountered animating a noodle tracing an image. But finally I managed to do it, I had help from Keanu Jones, he teached me a simplier way to animate a noodle just by using repeater on text using "0000000's" and adjusting the tracking the space between letters so itll look like a straight line. I have learnt in class to use color overlay and bevel and emboss to color my text instead of going to photoshop and drawing it there which would take all of my time.

This is my first attempt to animate a noodle going round an image. It took me hours to complete, key framing every frame using puppet pin tool. it doesnt  even move the way I wanted it to and took me 3 goes to neaten it up.

Email ThisBlogThis!Share to TwitterShare to FacebookShare to Pinterest
Labels: Business of Animation Module