In this report, I will be writing about the collaborative work with the third years mainly working on my specialism of 2D animation traditionally and digitally. I will be explaining the method on how I helped them and developed some of their work with supporting images in this report. Later at the end of the report, I will be writing about my conclusion and my employability for my animation course.
I have always been fascinated by all different kinds of animation, 2D, 3D and stopmotion. My dream is to specialize in all areas but for now, I will focus mastering them one at a time. I love the idea of combining all styles into one because it gives off a very unique feel to the animation. I love exploring different Medias and finding better ways to animate.
For now I will be focusing on 2D traditional and digital animation. This animation style inspired me as a child to one day animate like the professionals. I was very fascinated with the animation, creativity of the character designs, exaggeration and story lines. A good example is one of my favourite animes (Japanese Animation) called One Piece by Eiichiro Oda. During the 1997, One Piece was animated traditionally (cell animation) but then developed on through the years and animated digitally to save time and money.
My goal in the future is to bring back traditional animation with some help of 2D digital animation. The traditional animation gives more character and natural feel to the animation. I will be combining this with digital animation to animate most of the background and effects by using After Effects, flash or toon boom or any other new softwares coming out, which I will be learning soon.
At the start of the Pre-Production of specialist study, I have collaborated with quite a few third year students doing different kinds of tasks each which all relates to my specialism 2D animation. Some of my work for them is still on-going and will be complete after the deadline of this project.
My first collaboration was with a third year student Roxy Gomez. We have met quite a few times face to face discussing about her project which is about a Native American story which involves mostly about the animals. It is targeted to a younger audience from ages nine to thirteen. We have discussed about methods on how to complete her animation, she wanted a mixture of traditional and digital animation using many different softwares altogether. But her main style is to show a natural hand drawn characters that relates to the Native American theme. She has asked me to help her design some characters for her final year animation. She was very impressed by my drawing and photoshop skills, she wanted me to design her some Native American characters which will be based from her own research on her blog. After my designs are made, she will decide whether to use the same style I made or not. This will still be added on to her character development and art styles. 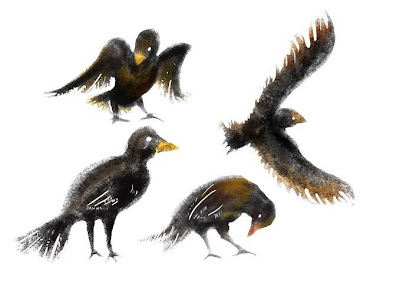 This is a crow design I have created for Roxy using Photoshop. I have based my design from her research cave paintings. I have used photoshop charcoal brush tool to create a grungy smudge effect and have used two minimal colours. I made a negative drawing by using the eraser tool to rub off the edges to create a nice clean outline. I made them look very spiritual with less detail and simple shapes, with soft edges almost look like they’ve been smudged. Alternative way is to create a white mask of the bird shape then colouring it afterwards.

These are some art work style I have designed for Roxy which has been taken from her story board. I made this to give her more variety of development work and she can later decide which style to follow. Doing this work for Roxy improves my knowledge and skills in photoshop, it also gave me more idea about Native American art, especially the character designs which are very simple based on basic shapes.

After working with Roxy, I have been contacted by Ashton Lewsey for wanting help as soon as possible to rotor scope her work. I didn’t have enough time to know what her project is about, all I know is that she needs this work done quickly, and her target audience are young adults. The task that has been given to me is a very easy job because I am used in handling photoshop. All I had to do is just delete the sky and the streets and replace textures at the back of every frame. The hard part of this task is to complete all frames in a few hours. The first thirty minutes was hard because I have only just started and not yet used to tracing around the images, but then I began working fast on two frames in every five minutes. I have met the deadline and I am proud of myself for working hard and fast with good quality. I feel I have achieved quite a lot from this task. I got to experience my first time rotor scoping and working on a tight deadline. This has also given me more idea about using mixed media in the future for my 2D animation.


After working with Roxy and Ashton, more third years wanted some more help. Roshni Kakad asked me to make a series of different smoke intro using after effects. At first, I didn’t know how to animate the smoke and make it look realistic. I looked online for video tutorials and found a really good tutorial on Video Copilot.com. This kind of animation style is still too new for me. Using stock video footage in after effects and using it on Trapcode’s particular to create my own smoke effect. In that tutorial, I have also learnt how to use colour corrections which makes the footage bring out the best of its qualities and change the colours and effects. After finishing the first test sample, Roshni wanted more smoke effect on the text as it disintegrates and animate the text flying around. So far I have created three tests and the work is still on-going till the twenty fourth of May. I have enjoyed myself working on after effects because, there are so many interesting things I can do with it. I can make effects, animate, edit videos etc…
Working with the third years was enjoyable, because I love collaborating with other people. Group meeting is always important for easier discussion of the work and more can be done. Although I haven’t met Ashton in person to discuss about her work, we communicated through emails, facebook and calling each other. I have completed all work needed on the right deadline except for Roshni’s because it is still an on-going work. I have followed the learning methodology of kolb’s theory by planning and experimenting different ways to achieve my goal, then trying it out first hand by experiencing it. I have then reflected on my process and learn from my experiences. This resulted in a series of solutions to various issues that have helped me to improve my animation practices.
I love learning different process of animating, using mixed media and digitally. This also gave me an idea for the future final animation in my third year. I will be combining all techniques I have learnt during my three years in university. At the moment, I am concentrating learning more about Affer Effects, Flash and Toon Boom. After mastering these programs, I will then move on and learn more new programs such as Nuke, Smoke, 3DS Max.
After graduating from University, my plan is to get my name out to the industries and gain knowledge and experience from them. I probably won’t get paid straight away because I have less experience from them. After working and learning more from the professionals, I will incorporate all I have learnt and create more of my own animation, build up my show reel and apply to other better companies. A good way to apply for a job is to apply in more than one company. One should hire me, if not I should try every month. 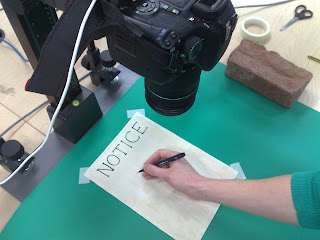 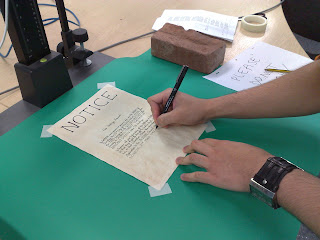 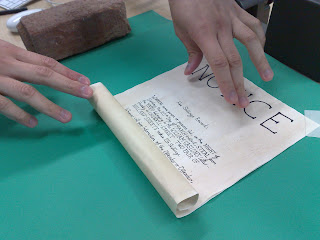 We wanted to combine 2d, 3d and stop motion, we would like to add in a live footage of a person dressed as a victorian person for the intro using the milo. but thats only if we got time.


this is the finalised the story board in photoshop i drew  explaining step by step how to animate in 2d, 3d and stopmotion


me and michael have worked together before and we trust each other to do our best. we will be dividing our work half and half to save time


while i finalised my storyboard and animate the 2d intro as a substitute of the live footage, michael went ahead and animated the 3d animation of the gavel
then later on we worked together on making a stopmotion text writing test frame by frame which gives off a more natural feel


after the test, we started shooting our stopmotion on a greenscreen, we will then key it off aftereffects after the  animation. it took hours to shoot but finally succeeded very well


we learnt quickly how to key the green screen off from youtube tutorial, it is very easy. then we edited all our animations together combining the 2d, 3d and stopmotion. we are very pleased with the results.


in my conclusion, I have found communicating with the group is very important and easy to get the message across. I have learnt new techniques, rotorscoping, green screen keying and editing live footage on after effects.
time management is very important to balance all project work. I found some difficulties with universitys facilities equipment but over comed it in the end

Email ThisBlogThis!Share to TwitterShare to FacebookShare to Pinterest
Labels: Pre-Production for Specialist Study