The Making
I have started making the important objects like the icons/ logos, bird, retort stand, sun, tree and Ipad by starting off with simple shapes using polygons and combining them together or extruding them. I have used different materials to set the texture of the objects like lambert, phong, phong E, etc...

I have completed making all the logos and main characters. I have made the msn people have a bit of transparency to make it look like the actual  logo but in 3D

I have started making the tree from a simple cube polygon then added more subdivision using the channel box or use the insert edge loop tool on edit mesh. After I have made the tree trunk, I started making the stem then the leaves and then added textures to make it look realistic and believable. after Ive done one stem, I just duplicate them and layer/group them together to make the bushy part then combine it to the tree trunk, after the tree is done, I made the base for the tree to make it look like its been carefully planted and being experimented in a lab

I have then completed making the layout of my main animation 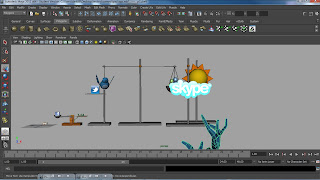 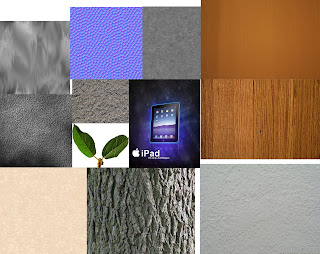 Then I have started making other objects that would make the table look more like a science lab by adding beakers and test tubes and other science materials. I have to keep it really simple because I want my main animation objects to not be destructed by other objects getting in the way so the audience will focus on the main point my animations is all about

Decorating the science table and rendering light tests
I had few problems of using mental ray on my Laptop so I have to completely turn it off, It makes my render very pixelated. If I was to use mental ray, I would probably use it on a better computer that could bring out the better quality to it

Animating, I havent used any dynamics to it, I have animated it all manually frame by frame. I have acted out the catapult and FB icon by using a rubber and an eraser, it is so much easier to know how much speed I need for it to have the power to push the twitter icon. Secondary action has been used after FB hits twitter, it bounced back down. I have used the graph editor to help me adjust the arcs/bounce of FB and apple logos because without it, it wouldnt look realistic on how it bounce, sometimes it just floats for no reason.
It took quite a while for me to animate the bird and msn swinging as it moves to the right direction , I have made a Circle nurbs curves and parent my objects to it so it would be easier for it to rotate. after animating the rotation, I animated the swinging last.
I struggled alot by making a blink effect to the skype and the sun, then I found out that I can do it by duplicating the object and make one glow and the other not glow and I should set the visibility to on and off.
Ive mostly shown exaggeration on the apple as it bounced off, it floats in the air and making a 360 turn. and the appeal is more like the use of the camera, it looks like its on a roller coaster which shows a bit of thrill to it

This is the part where I had to animate the face I made few days ago, The aim is to make it smiling or squinting eyes but I found out that I didnt have much time to do that so I have decided to just animate the eyes tracking the camera. I have practised making bones for the head, I even know how to make the mouth open but it takes time to properly move it so I have kept it closed. I made a controller for the eyes and parent it to it so the eyes would move together at the same time. 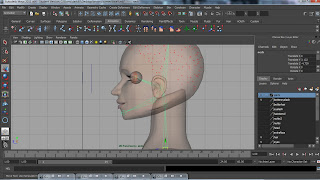 Rendering
at first I had problem creating the hairs, I used a default hair. But after days of practiced, I finally made it work by drawing lots of ep curves then applying the hair sample to it. For some reason Mental ray worked really well with the hair and didnt go really pixelated. 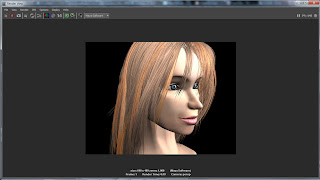 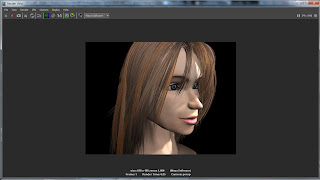 Needs to adjest the lighting and shadows, camera work...also need more stuff in the room

CLICK ON THIS PAGE TO SEE MORE OF MY PREVIOUS WORK SINCE I STARTED USING MAYA OR CLICK OLDER POSTS: