After completing my SS2 2D animation final, I have less than 2 months before the deadline. I have decided to create my 2nd Final piece and move on to Visual effects because I am deeply in love with big famous movies such as Iron man, Batman, Transformers, etc... I would love to film and direct my own movie, but more importantly I would like to focus on post production, which involves compositing and adding Visual effects. I am particularly in love with colour correction and colour grading.

Before I get started, I have done a bit of research about special effects and visual effects.

Motion pictures is one of the earliest form of entertainment technology, people usually are entertained just by watching normal everyday reality footages. As time passes by, people were able to produce comedy skits. Other people  used the first magic camera tricks just by stopping the camera and changing the scenes and playing it back again. Double exposure also began just by layering one footage on top of each other and this began the art of special effects. George Melies a famous magician became the father of movie special effects. He is well known for creating the first Sci-fi genre "A trip to the moon" it is a combination of animation, theatre play and special optical tricks.

A popular iconic movie King Kong is one of the most loved character that has brought to life by special effects. It is a combination of stop motion animation and real life acting. Special effects has been used because there is no such thing as a giant gorilla and there are impossible scenes to shoot which are very dangerous to accomplish, even scenes have to be recreated by mostly creating a set and combining it using matte painting usually done in glass. this is done depending on how realistic the scenes they wanted it to be. During 1933 people believed King Kong was real because people have never seen this kind of film before, it is quite new at the time.

In the first Star wars movie, they have been inspired from King Kongs Stopmotion effect to animate the robots AT-AT, these where all animated frame by frame to bring models to life.

Artificial visual or mechanical effects introduced into a movie or television show. The earliest special effects were created through special camera lenses or through tricks such as projecting a moving background behind the actors. Greater flexibility came with the development of the optical printer, which made it possible to combine separate pieces of film and replace part of an image, thus allowing for effects such as characters flying through the air. Special effects have also been created mechanically on the set through the use of devices such as wires, explosives, and puppets and by building miniature models to simulate epic scenes such as battles. The growing use of computer animation and computer-generated imagery has produced increasingly elaborate and realistic visual effects. Though each movie studio formerly had its own special-effects department, effects are now created by private companies such as George Lucas's Industrial Light and Magic, formed to provide the revolutionary effects seen in Star Wars (1977) and later movies.

But as time progress, animators and film makers started to used more CGI computer generated imagery to create a much more fluid animation and it has a much more easier way to manipulate, Visual effects involve the integration of live-action footage and generated imagery to create environments which look realistic, but would be dangerous, costly, or simply impossible to capture on film. Visual effects using computer generated imagery has recently become accessible to the Independent filmmaker with the introduction of affordable animation and compositing software. 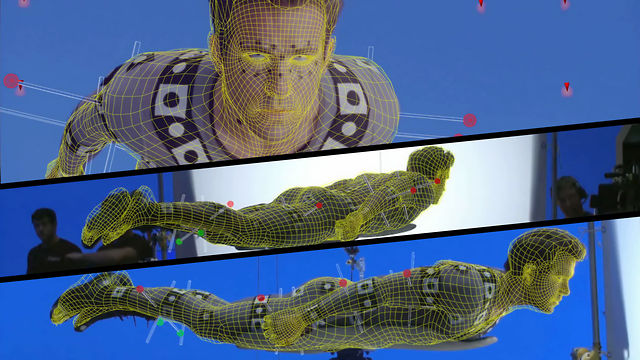