Awath and I havent found any Actors to act in our film so we have decided that I'll be the main actor instead.  2 actresses have backed out because of their deadlines too and found an actress willing to help. On the day of the shooting she decided that she couldnt make it because of personal problems, so we have to look for some one else. I finally found Amy, she has no experience in acting but we are willing to help her out, she doesnt have that much shots to do, it should take a day to finish her scenes.

We started filming Amy and testing her in many different camera angles. After filming for the day and tried compiling all the shots together in premiere pro, we noticed that Amy couldnt walk, one of her arm was still and the other arm is in motion, it was also my mistake for not giving her anything to hold on to, so we had to retake the shots. Another problem we have encountered is the bad weather where it rains quite alot, shooting out doors is very difficult, the clouds are blocking the sun light and ended up darkening our shots. We have noticed some grains in our footage thats because our ISO was too high which makes it grainy for filming.

We finally managed to film my scene and Amy's in a good weather, I started compositing some scenes together and added in some duplicated effects especially on scene 4 after waking up from flashback, I am supposed to feel dizzy and looking at the surroundings, so I have added in like an echo effect on every turn I make to give the illusion of dizziness.

On this scene, Awath and I were both edit it together, we are pretty pleased with the pacing of the shots. though I wasn't happy about our work speed, we focused too much on one scene and the speed of working is too slow, so we both agreed to work on our own cuts since we are both focusing in visual effects and compositing, I think it is best we do it this way.

I have went to town and took some more footages that I think itll be useful later on to fill in the blanks for the film which could add in some dramatic effect to the audience showing that the actor is thinking and looking through his eyes in first person view.

This is a test where I have to show that the actor is lost. didnt end up using it because the camera is set too low and there are alot of people in the surroundings. We did our best not to get any other people in the shot so the audience would focus more on the 2 actors, showing that this is only about them, kinda relating it to Adam and Eve where they fell in love at some point. But didnt want to show that, I only want the audience to think that.

Here are some early tests that Riz and I took just before this project, I have edited it to make it look like a flashback, I have also played around with colour correction and grading. I made the chase scene very dark so it will look like it is a bad memory that happened and gives off the effect that viewer is in rage mode that cant see properly whats going on but anger. I think this effect works well on horror films. 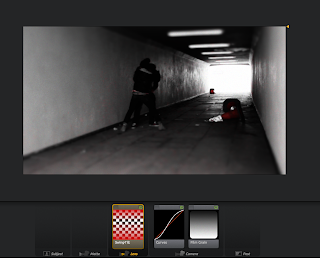 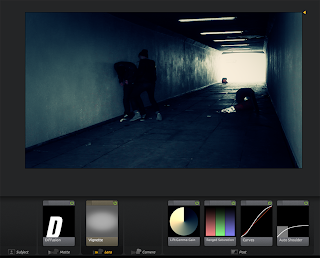 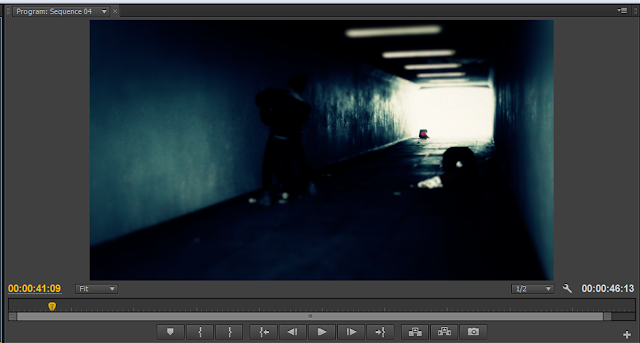 I had a play around with the camera recording a time lapse video on my window and on a bridge. I have colour corrected it in different ways. I really enjoyed colour correcting and colour grading, Instagram got me into it :D I think every effects means different thinkgs, for example the cinematic feel give off a sense of epicness, blues and greens stand out a bit more than reds. Romantic feel is more orangey look with a vignet of blur to focus the eyes on the center. Sun Warm is used to highlight the reds and yellows which shows that the atmosphere is warm, it is mostly used when filming on the beaches, sunsets. Tilt shift effect mainly used on footages that are recorded from a far distance and blurs out the foreground and the background and only highlights the middle which gives of the effect of objects looking like toys.

colour correction and grading is used to make the footage look more like a film more than just a pocket phone recording, it makes it look much more dramatic, enhances the mood to the footage and gives emotion to it. 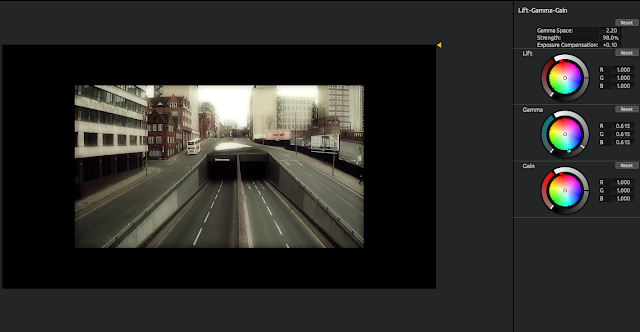 When editing my final video, I knew a scene was missing a scene, where I had to look like I am in a hospital. It is impossible for me to shoot in a hospital, I have created a matte painting looking in first person view from my bed. Here are some examples that I have done below, I have noticed something looks off about it, maybe it was the lights and shadows where off. It was because it is all images and I havent animated the camera. I didnt like the look of it aswell, angles are all wrong and room looks so empty 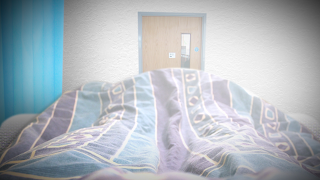 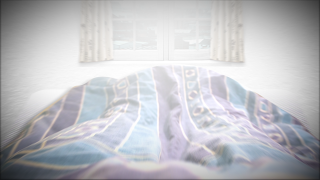 I have then took some key footages on windows instead, to make it look like I saw the nurse next to me in bed. I couldnt get in contact with Amy any more to shoot it with her so I just matte painted her instead and I think I did a better job in the 2nd matte painting. it looks so much more realistic, everyone I have shown this so far thought it was real. I am happy with the result. 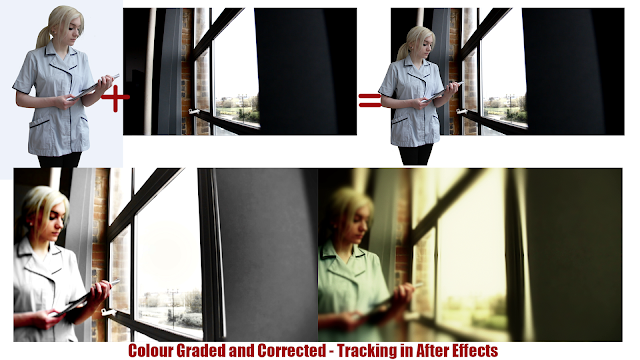 In my cut, I have timed it well according to my story board, but I think there are some footages that could have been shot better, I wasnt the camera man, but anyway I am specialising more in post production. I have added in effects that made it look cinematic which highlights the blues and make it a little dark for the real time scene, but when it reached the flash back, I made the effects quite light, making the greens and yellows stand out a bit more and lots of white to make it look like a real flash backs. I have adjusted the appatures to make the grasses glow like pearls. I have added in Fish eye and a little push and pull effect in the scene where I had the flashback to give off a sense that I am having a headache. I have added in some slow mo effect to make my walk look much more interesting and dramatic. by the end of the editing, I have added in a  music, which was really hard to sync with the footage. I couldnt have more time to ask someone to compose it for me, but I think I have done my job here, I think I have increased my skill as a visual effect artist/ Film maker.