I have researched Mood board relating to what we need for the project especially from movies. We have altered the script to changing the 2nd character into an alien and our aim was to show a little humour in the storyline by using spoofs of films like "signs, men in black, 4th kind, number 23, Paul," etc... 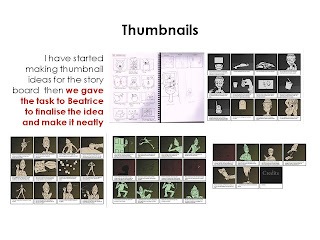 I have made my thumbnail ideas just incase my group didnt turn up and bring their work, at least we got something to work on. Then told Beatrice to finish it and finalize it 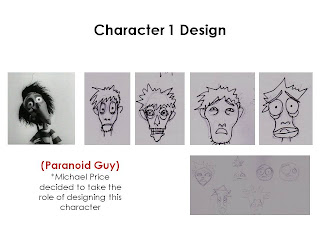 I have also started designing the character 1 but later then continued by Michael Price, I know I can count on him to finish the work so I didnt do much of it. As you can see Im using Tim Burton's character design as reference 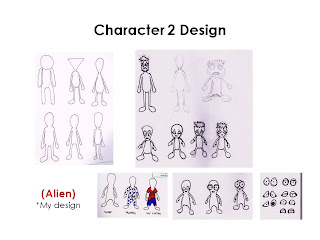 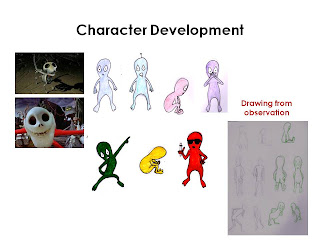 Ive done developed my character and drew from observation so it would be easy to know what are the character movement limitations. I've looked at the dog from "corpse bride, and nightmare before christmas" because as you can see, they looked cute but a bit freaky at the same time because of the round shape which doesnt make it look sinister 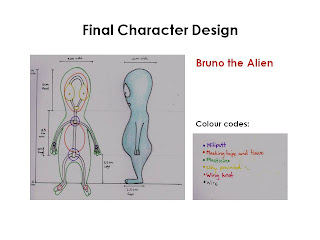 Final character design, I have used colour coding to show what materials am I going to use to make it 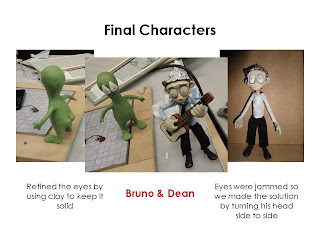 To improve my character, i could use clay on the body and less plasticine on the legs so it can be easily animated. Luckily we only needed the alien in 1 scene in a flash.
I have refined the eyes by using clay to keep it solid because I have made it with plasticine and it smudges so I have improved it 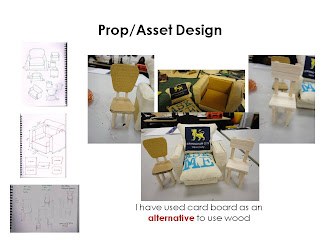 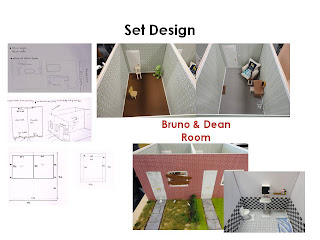 Michael Price did most of the set design, making the gardens, doors and windows. We have paid for cutting the wood because we wanted to have a professional look in our animation and walls can be taken off so we can animate. I have then helped with my group to make the door frames, wallpaper, clock, shampoo and flooring 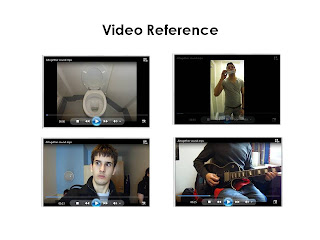 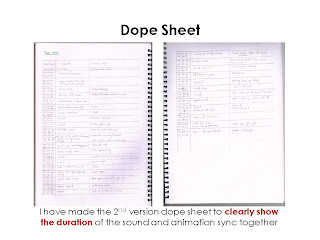 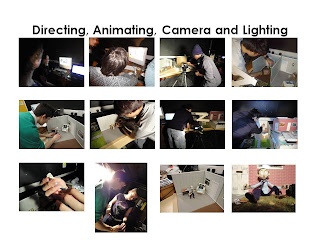 I have participated in directing, animating, camera and lighting. I stayed up very long to animated with my group, reshooting scene because we wanted a better smooth animation. some of our group doesnt turn up for animating so we have to work twice as harder 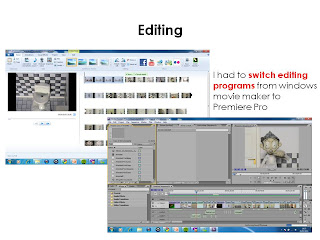 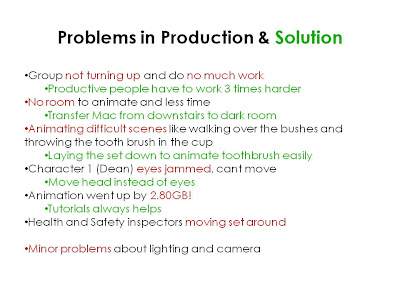 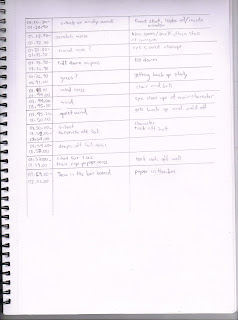 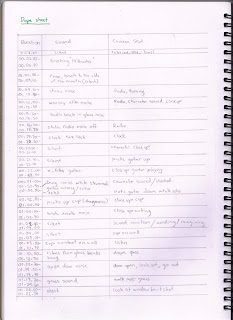