History and Development of animation

The earlier attempts of animation were really experiments. First animation discovered was from the still drawings of Paleolithic cave paintings, where animal legs and arms change position on different frames, almost like a story board. An example from 5,200 year old earthen bowl found in Iran in Shahr-i Sokhta. It has five images across showing a goat leaping to a tree.

Another good example of an early experiment of animation is the famous Vitruvian Man by Leonardo Da Vinci where the limbs swings, showing movement. 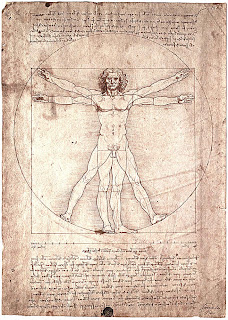 Animation has then been developed through the years, such as zoetrope which was created in China by Ting Huan 180 AD. It is a device that cycles many individual images and created the illusion of a moving image.
The zoetrope first gave rise to the concept of moving a physical object to create the illusion of animation. From here, people were inspired to develop the technique and make animations by taking still images and play them in quick succession in motion.

By the year 1868 flip-book was discovered by Joseph Barnes Linnet. Flip-book brought us closer to the modern animation like the zoetrope which creates the illusion of motion by flipping the book with squealed images at a particular speed.
As animation develop through the years, Charles – Emile Reynaud, the inventor of the praxinoscope (a sophisticated version of the zoetrope) created the first animated film using loops of 12 pictures on 1892.

In my opinion throughout the years, people wanted to give life to art, and animation was born: traditional, stop-motion, 3D animations.

James Stuart Blackton was one of the people that invented Stop-motion animation, he created the first American animated film ‘Humorous Phases of Funny Faces in the 1906 where he made a time lapse drawing his character on a blackboard and used camera trick to animate his illustrations by rubbing and redrawing the character in a different position. There was this particular scene in his video where he had to draw a champagne bottle and he pulled out a real bottle from a board which suggested magic, this shows appeal to the audience to entertain them like what all animators aim to do so people would want to watch it more.

Rinpa Eshidan means Art crew in Japanese. Basically they are heavily influenced by the work of James Blackton. They are very famous in Japan for their street art animation by using time lapse much like Blackton. they basically paint images on wall and fusing with patterns to relate it with the music, much like a music video.  One thing they rarely do is to do camera tricks like Blackton to animate, make the patterns move, they like to keep their work natural. as the music beat changes every patterns will change.

They have worked for tv adverts in Japan like honda, music videos, house decoration, etc...A good fact about them is that they are not afraid of erasing their work

By the year 1911 Russian Scientist Ladislas Starevitch created a stop-motion animation ‘The Cameraman’s Revenge’, he was inspired by James Stuart and Emile Cohl’s stop motion illustration, he decided to further develop stop motion by using dead insects with wire limbs as his character puppets. His animation has showed a story of a dramatic complexity of feelings and desire on how the puppets acted in the play which makes it entertaining for the audience to watch. Ladislas Starevitch influenced other animators and film makers by the use of puppets like in the 2000’s Nightmare before Christmas, Wallace and Gromit, King Kong, Star Wars etc...

By 1914, the famous Winsor McCay has released his Cell animation ‘Gertie the Dinosaur’ which is the first animation that feature a character with an appealing personality which could relate to modern animations such as ‘Simon’s Cat’ in 2010
In 1934, Snow White and the Seven Dwarfs was the first feature length film that was based by the Brothers Grimm fairytale. It was the first full length cel-animated feature in motion picture history and produced in full colour, produced by the famous Walt Disney (founder of the greatest animation company Disney) Disney has become very successful by their animations such as Snow White, Pinocchio and Dumbo in the 1940’s.

Disney has inspired many animators around the world especially in Japan Mitsuyo Seo, the creator of the first Japanese feature length anime film ‘Momotaro’s Divine Sea Warriors’ was a propaganda to support the war by the Japanese Naval Ministry. Osamu Tezuka developed the animation into a Japanese style and was referred as Godfather of Anime and Godfather of manga. He was also considered as the Equivalent of Walt Disney.

By the year 1990's Pixar has created the first CGI film called Toy Story. It is a 3D modeling almost like a vitrual stop motion that combines the two worlds can be considered to be computer aided animation but on 2D computer drawing. This has been a big hit in animation because it is like characters are coming to life.